Through selective breeding and training, man has learned to use dogs to fulfill specific roles. In addition to traditional tasks such as breeding, hunting, tracking or guarding, dogs have been used for other tasks in the last century.

and have been successfully used for many years special tasks.

At first, the Australian Labradoode was a hybrid of Labrador Retriver and Poodle, but infusions of other breeds have been introduced in recent decades for specific purposes.

In the seventies of the last century, the Australian Blind Organization made the first attempts to combine the intelligence of Poodle and a typical human-centered Labrador Retriver. Some individuals from this combination were easy to train, did not moult and did not have the typical dog odor.

Initially, these positive properties were not noticed. It wasn't until 1989 that the Institute received a request for a guide dog for a blind woman. However, it had to be a dog that would not cause her husband an allergic reaction.

Wally Conron, the responsible breeder of The Royal Victorian Guide Dogs Association (the name of the Australian Assistance Dogs organization at the time), remembered this combination and decided to repeat it. The first litter consisted of three puppies and not all of them had the desired properties.

He named the offspring Conron LABRADOODLE. After many tests, only one of the puppies turned out to be allergy friendly, but unfortunately it was moulting.

With great enthusiasm, this success was published in the Australian media. Due to media interest in the special features of Labradoodle, the breed suddenly became very popular. Wally Conron repeated the combination several times. But in an interview with Reader's Digest, he told the interlocutor that many Labradoodles had a difficult and stubborn character, because of this, after several attempts, he decided to end the breeding program.

Due to publicity around the crossword, Labradoodle has become a popular dog in Australia and the USA. Publicity inspired two Australian breeders, Beverley Manners and her daughter Angela, who decided to continue the work started by Conron. They wanted to create a dog that did not show any aggression, had allergy-friendly features, would like to work and would be easy to train as a working dog or therapist dog.

Both breeders have bought their first Labradoodle from a farmer named Don Evans, who has already bred several generations. These Labradoodle and other infusions (poodles, F1) became the foundation for their breeding program.

To increase the gene pool, both breeders created a new Labradoodle base material by introducing a miniature poodle to existing Australian breeding lines. This is how smaller versions of Labradoodle were created.

Despite the selective breeding with the best offspring, the hyperactive and stubborn character remained. Mother and daughter decided that in order to soften the character, it was necessary to use an infusion with a different breed.

And so the Irish Water Spaniel and then the English and American Cocker Spaniel joined the genetic pool.

Unfortunately, however, puppies with short hair began to appear in many litters and the dog did not resemble Labradoodle at all.

It wasn't until July 2012 that Cymbrogi, a Dutch breeder of Australian Labradoodli, discovered a strange type of coat hair was caused by a genetic mutation in the RSPO2 gene.

The last infusion introduced to the line was the Soft Coated Irish Wheaten infusion added in 2004.

The purpose of this infusion was to improve the coat structure. Australian Labradoodle hair, enriched with the latest infusion, has a coat that is easier to care for. 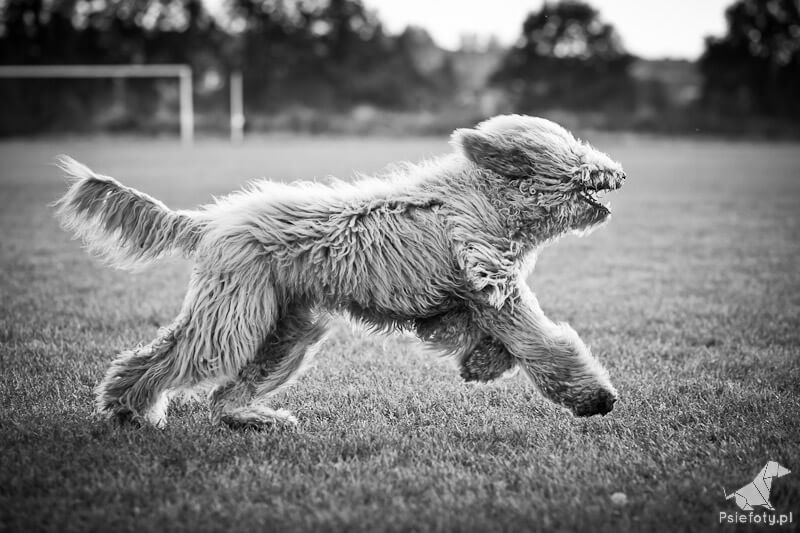